Cladding – Should You Be Concerned?

The Grenfell Tower block fire of June 2017 in North Kensington, West London, was an unprecedented tragedy and resulted in 72 people losing their lives, with hundreds more being injured and left homeless. The fire was started by a faulty fridge-freezer on the fourth floor, however it soon spread to engulf the whole building – which made it the worst residential fire since the second world war – all because of non-regulation combustible cladding which had been installed on the outside of the building during recent renovation work. 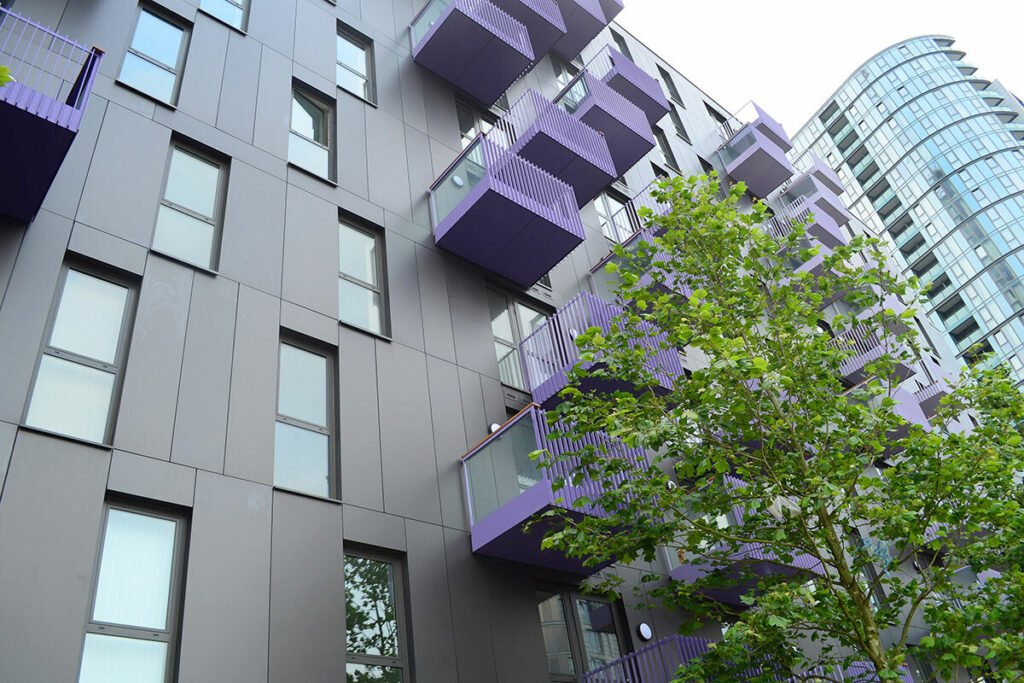 Cladding is installed on the outside of buildings, either for insulation purposes, for providing weather resistance or to improve the building’s appearance. But the Grenfell Tower fire has created a national scandal, as not only have thousands more blocks of flats across the country been found to have similar dangerous cladding, but it is the leaseholders themselves (not the freeholders who actually own the land the building sits on), who are having to foot the bill to have the cladding removed. It costs thousands to have this cladding taken down, which then leaves the homeowners in negative equity, and their property is valued at zero.

The Fire Risk Of Cladding

Since the tragedy, lenders have been demanding that a safety assessor sign off a form, known as an EWS1 form, to prove that the building is safe, before lending any money. But they have not only been doing this for high-rise blocks, but also for many other types of building as well, even ones without any cladding at all. This has obviously created big problems in this area of the housing market, effectively stalling it. This “extreme risk aversion” from not only lenders but also insurers, and the property industry as a whole, has meant that flat owners have been in receipt of huge bills for work that was not even necessary.

Initially, after the Grenfell tower fire, the only flat owners who were affected by this were ones in high-rise buildings that were known to have dangerous flammable cladding. However, in January 2020, the government extended its safety check advice to include smaller buildings.

However, on Wednesday, housing secretary Robert Jenrick announced new guidelines for lenders in England – following advice the government received earlier this year from fire safety experts – meaning that safety checks on external walls would no longer be required for buildings less than 18 meters (59 feet) tall unless of course there are already known safety issues with the building that need to be assessed.

The number of residential fires that occur is in fact falling, with roughly 91% of them happening in houses, bungalows and flat conversions. However, when tower block fires do occur, they are far more likely to result in loss of life, and with flammable cladding added into the mix, the result is horrific. Hopefully, the industry has now learnt from this tragedy, to ensure that it never happens again, whilst at the same time not going over-board with recommendations for buildings that are perfectly safe, causing untold mental anguish and financial ruin for thousands of homeowners. Now, with the new guidelines from the government, those in small to medium-sized blocks of flats wishing to buy or sell their property can breathe a sigh of relief.